Blogger was due to post this yesterday, while I was away in Inverness leading a creative writing workshop about holly, but it failed to do so. So, better late than never, here's the last letter of the tree alphabet.

It is no accident that the final letter of the tree alphabet is yew. It is the archetypical tree of death, but also of resurrection, and is found throughout the celtic world as a guardian of graves. Sacred yew groves, or sites where individual old yew trees grew, were often taken over as churchyards, so there are many yews that pre-date the church built beside them. The most venerable yew in the country, in Fortingall, may be 4000 years old. Yet it is not a bleak tree - it offers comfort and shelter to grieving people and it absorbs the flesh of corpses, producing blood-red berries that are loved by blackbirds, which sing the spirits of the dead back out into the world.

Don't eat yew - every part of the tree, except the red flesh around the toxic seeds, is poisonous. Yet, yew leaves contain taxol, a drug that is proving effective, and is commercially harvested, to counter breast cancer.

In death there is life. 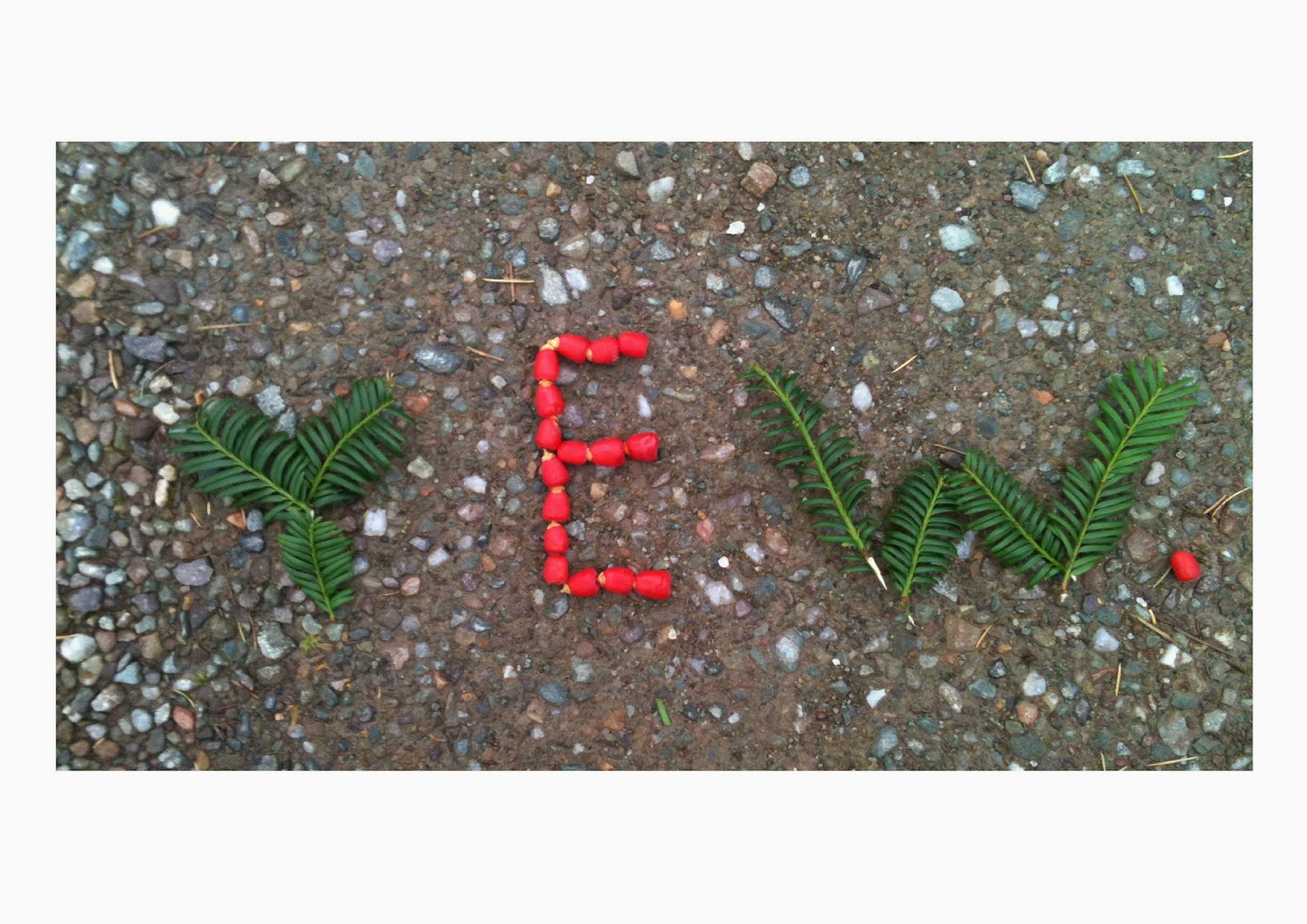