The Alchemy of Bronze

My next novel is set more than two thousand years ago, in the Iron Age, and I have recently been getting serious about the research for it. I have been reluctant to write about it here, as it's going to take me ages before the novel is anything to speak of. However, the research is fascinating in itself.

I began February down in Cornwall, among storms. I'd never been there. Despite travelling all over the world, I kept thinking it was odd I had never visited the other end of this island. Finally I had a good excuse to go - some of my fictional characters belonged there. I am sure normal people have sensible reasons for where they go on holiday, but is one of the peculiarities of being a novelist that you go to places because people who don't actually exist 'live' there.

Anyway a big reason to visit was to find out how bronze would have been made in the Iron Age, and one of the highlights was meeting Neil Burridge, a master of the craft of bronze smelting, who specialises in the methods used in the Bronze and Iron Ages. He was kind enough to take me to see a place where tin was mined and smelted in the iron age. Then, even more kindly, he let me watch (and smell, and listen) while he smelted bronze, blending tin and copper in a crucible, and then cast a replica bronze age sword and spear head, shown in the picture fresh from the forge. 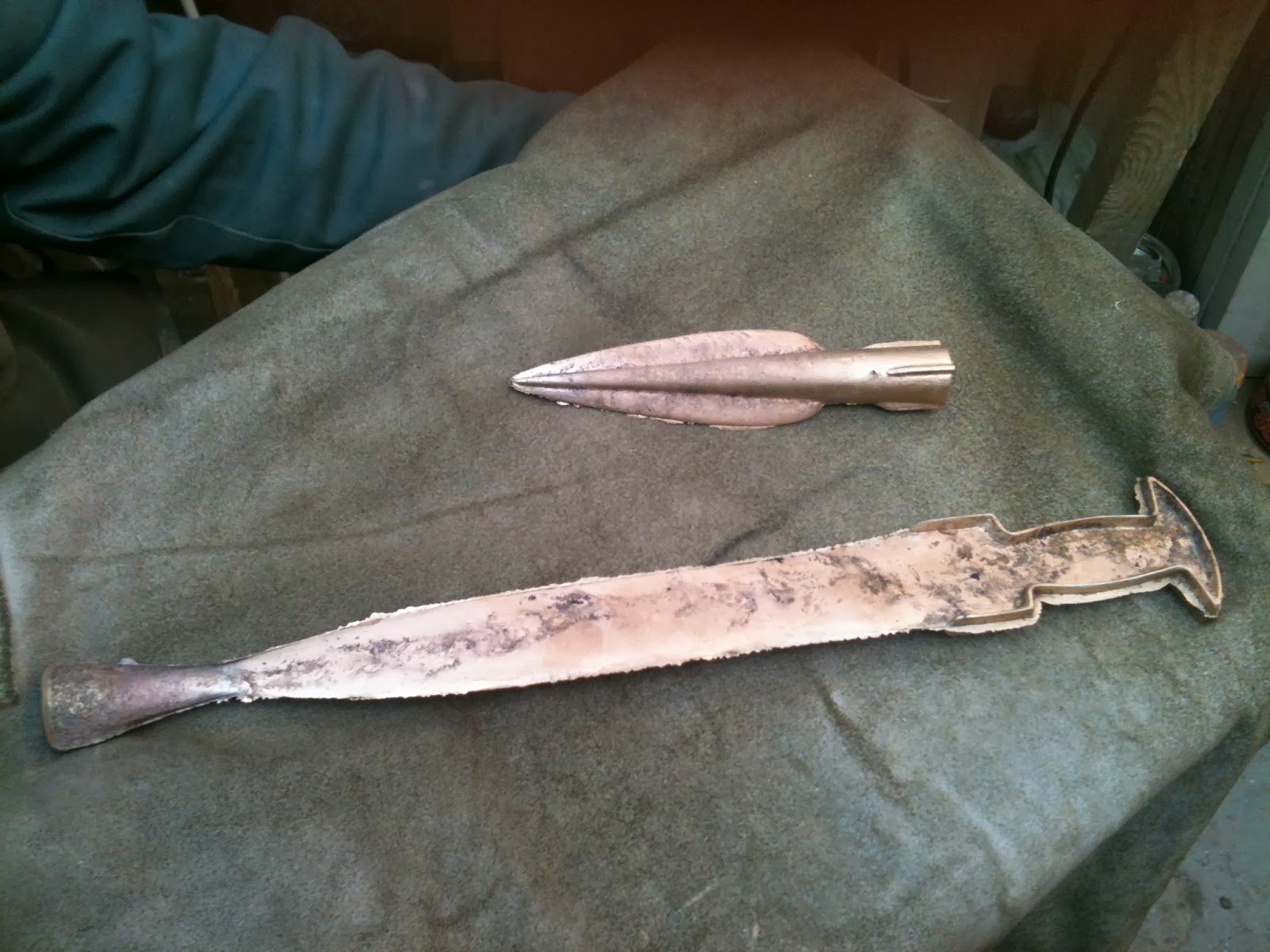 Watching Neil I was enthralled by the alchemy of bronze. Solid copper is put into a crucible, where it seems unaffected by tremendous heat. More than a thousand-degrees-centigrade leaves it apparently unmoved, unmelted, unchanged. Then a little tin is added, a remarkably small amount, but this diminutive little blob of metal melts rapidly to a silver drop, which seems literally to devour the copper. In a matter of moments the solid, invincible copper is reduced to a little puddle of glistening liquid. This liquid is then poured from the crucible into a mould, with considerable speed and all the drama of flames and smoke, and in just a few moments it is solid again.

It really is magic. I imagine how much more magical it must have seemed to people before the age of science and engineering. But even today, it's still magic.
Posted by cybercrofter