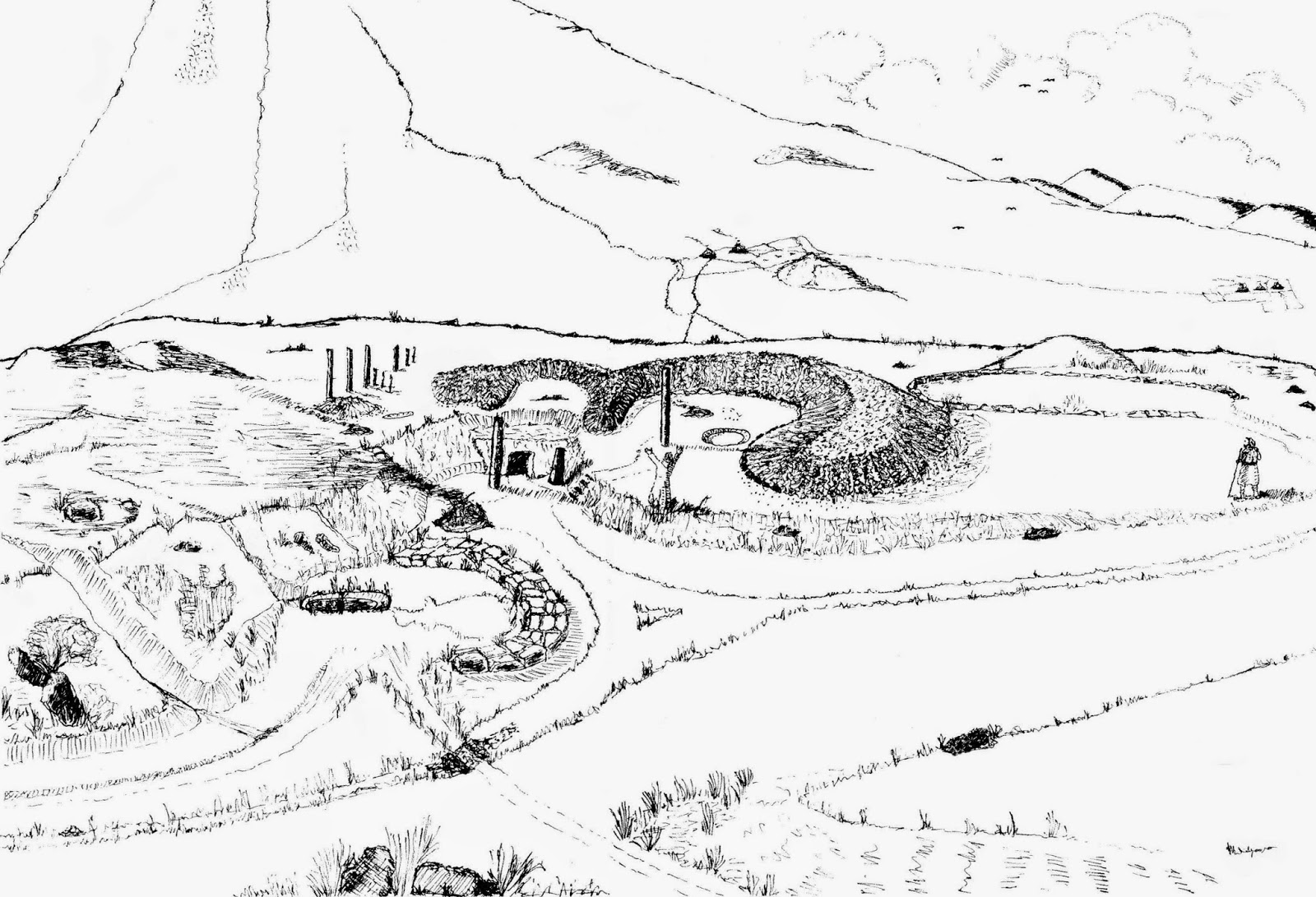 Yesterday I went down Uamh an Ard Achadh, the cave at High Pasture on Skye, with Martin Wildgoose, the archaeologist who has been exploring this incredible site for the past 10 years. The picture, drawn by him, shows how it may have looked when it was in use, between 750BC and 100AD. The crescent-shaped structure is a huge burnt mound, made from stones heated in a fire and then used to heat water. In front of this is the original cave mouth, which is now sealed.

The ceremonial cave can now only be reached through about 130 metres of underground passages, through limestone, with pools and subsurface streams. This is where Martin took me.

It is absolutely exquisite, with black chert boulders and white marble stripes among grey limestone. The surfaces swarm with stalactites and needles, scallop patterns and calciferous growths like elves' ears and rows of teeth, as if there are people frozen into the stone. The running water chuckles and sings continuously, and everywhere drops of water gleam and glitter in torchlight, making the whole place seem to be lined with gems. It is utter magic.

The site was clearly used for ceremonial purposes, and it seems most likely to have been linked to the Celtic goddess Brigid. There are lots of pointers to this: when the sun comes over the hill at Imbolc at the very end of January (a date sacred to Brigid), it would have shone directly into the cave. Within the cave there are burials of the bones of whole cows (which were sacred to Brigid), as well as many objects linked to women (beads, hairpins, querns etc) which were ritually deposited. Brigid was the goddess of smelting and there are signs of metal working in the cave as well. It seems many people may have been cremated on the sacred fire outside, and then their remains brought down to the underworld and perhaps offered to the running water within. Brigid is also goddess of poetry, and so I wrote yesterday's poem by trying to imagine what might have been sung or said by those using the cave.

stone from a shore
from sea to pasture

body to flame
from breath to fire

ash to the cave
from higher to lower

wish to water
from now to ever

time of wonder
over, under


In 100 AD the cave entrance was blocked up with clay and boulders, and guarded by a buried woman, together with her dismembered infant child and foetus, and the foetus of a pig. Who was she? Why was the cave sealed up after almost a thousand years of ceremonial use? We will never know.