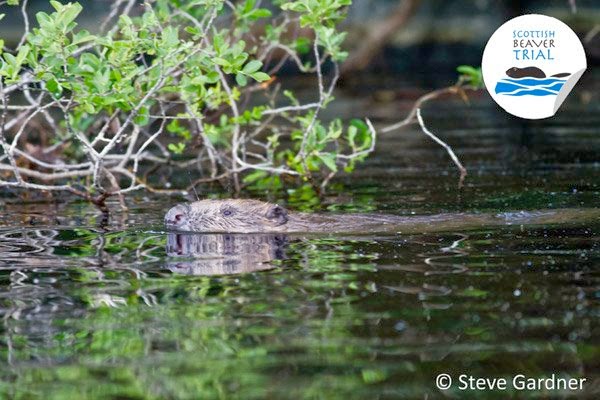 I was recently in Kilmartin, doing some events at their Literary Festival. I took the opportunity to go beaver-spotting at nearby Knapdale forest, where the Scottish Wildlife Trust is running a trial re-introduction. We were given a tip-off to visit a lodge some distance from the main visitor site, in a quiet loch, and so we set off a bit before dusk.

We immediately saw willow trees at the lochside showing signs of beaver activity, some chewed right off, some partly gnawed. Across the loch was a huge lodge - a mound of sticks built out into the water.

There is a special kind of animal-watching meditation. It took me years to learn it. As a child I was incapable of sitting still. My dad used to take me badger-watching, which involved sitting quietly by a sett at dusk until the badgers emerged. I would rustle and fidget, and the badgers would no doubt hear and use a different exit. The more frustrated I became by the wait, the noisier my scuffling and the less chance of seeing a badger, until eventually we would give up.

Somehow as an adult I have learned to wait quietly for animals. Attention is everything. Standing by that loch, I revelled in the cool breeze across the water, blowing gently in my face, perfect for not being smelled by the beavers. There was little sound except for the rippling water and the hush of breeze through twigs. It was good to know I was there, in the beaver's habitat, experiencing their loch.

As the light dimmed, details of the lodge became harder and harder to make out across the loch, and it became easier and easier to hallucinate brown furry bodies! I think I saw, faintly, movement at the fringe of the loch. I can't be certain.

But what I can be certain of was the splash. And then the 'pfffff', closeby, a sound similar to that made by a seal surfacing. Only this was freshwater, so it couldn't be a seal - it must have been a beaver!

It was almost completely dark by then, so we headed back down the track, full of that elation of proximity to a fellow-animal. That evening goes down in memory as one of those precious encounters in which sight was not primary - like the time we smelt an invisible brown bear passing us in the forest in Romania and the night camping in Zimbabwe when we heard a leopard killing a deer. This encounter, one quiet 'pfff', wasn't perhaps quite so dramatic as either of those, but in its own way, because these beavers are so newly re-introduced to Scotland, it was just as exciting.

I'm delighted that the beavers are back, both officially through the reintroduction trial and unofficially in the Tay valley. We need to return all of the native species that we have exterminated to extinction, to prove that we are willing to share our land with other animals. If you agree, please tell the powers that be - they are currently consulting on the re-introduction. You can have your say here: http://www.scottishbeavers.org.uk/
Posted by cybercrofter 3 comments:

letting light in available as an ebook

For ages now I have been in the sad position of being a poet with all my poetry out of print. It is unfortunate that even when poetry sells well, even sells out, publishers are not able to reprint books. It was a shame not to be able to use the opportunity of being poet in residence at the Botanic Gardens in Edinburgh last summer to give people a chance to buy my poetry, so one of my new year's resolutions this year was to get my poetry backlist available again, at least electronically.

To do this I have had to climb the learning curve of producing ebooks, and now I'm proud to be able to announce that my first poetry collection, the pamphlet letting light in, is now available as an ebook for just 77p from Amazon.co.uk here, or Amazon.com here.

The poetry is a response to the quiet arrival of spring in Assynt, so having been out of print for years, it is appropriate that it is once again available as spring blossoms begin to open.


under the aspen
where the heron shits
the first primrose

I'll be interested in responses, so if you do buy it (here it is!) please leave a review on Amazon.
Posted by cybercrofter No comments: 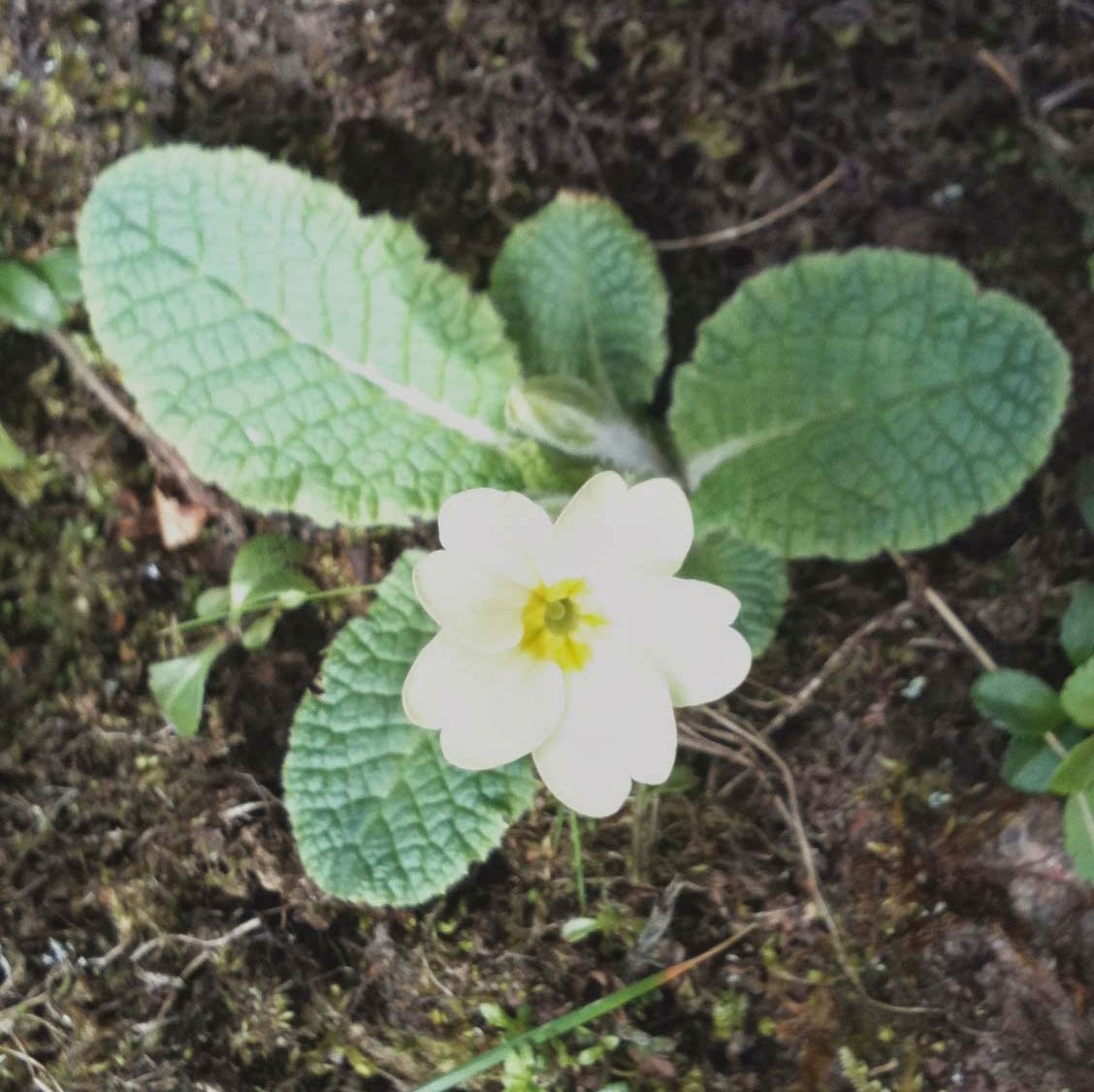 Now it becomes necessary to 'get tore in about' the last remaining winter jobs. There are a couple of birches to come down, and digging to do in the garden. So, enough of this.

Wishing you all a wonderful growing season.
Posted by cybercrofter No comments: 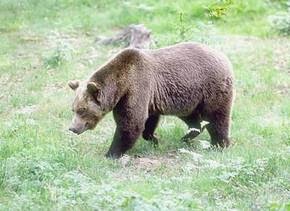 When bears used to live in Britain, were they sacred animals? I believe they probably were. Most indigenous peoples who share their environments with bears revere them. They have the great magic of going to ground, and apparently dying, for the winter, then being 'reborn' in spring. Female bears reappear having miraculously produced cubs, so for many cultures they are powerful symbols of fertility and regeneration.

If there is one thing that we desperately need in our culture, it is regeneration, so I am delighted to have discovered that there are moves afoot to rekindle a spiritual connection to bears. Louisa Potter, a priestess of Avalon, is leading a process to create a Temple of Ursa, a place where people can delve into ancient bear mysteries and think what bears might be able to teach us today.

There's a discussion starting right now, in Glastonbury (see here for more details), about how we might reconnect with bears. They'll be watching the film, Brave, and talking about how the She Bear is represented within it. I wish I was there taking part!

Personally I'm torn about Brave. On the one hand, I'm delighted to see a modern-day take on the old folklore theme of a person being transformed into a bear. I used that idea as the background for my novel Bear Witness (that's why the main character is called Callis, after Callisto, the maiden in the Greek myth who was turned into a bear).

On the other hand, I am frustrated by the way the film perpetuated a load of myths about bears. For example, it set the scene firmly in a Scottish landscape, then had the bear catching salmon - Grizzly bears might do that in Alaska, but there's no evidence that European brown bears eat much fish at all. Then there was the way that the mother character was taken over by various stereotypical bad bear behaviours, like aggression and ravenous eating, as if bears are always like this.

Overall, though, I find it uplifting that as a society we remain fascinated by bears, whether it's Paddington, or the mother in Brave, or the latest cub videos that go viral on twitter. There is something deep in our culture that says we need bears. They are our sibling creatures. We need them. And not only in cartoons.