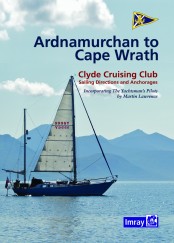 Starting to think about hibernation 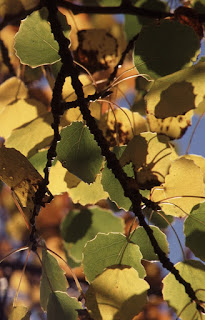 It's a beautiful season. Yesterday it was sunny and glorious and we took the boat out for our last sail of the year. Although we set off and arrived back in harbour to calm, blue conditions, out on the loch the wind was fierce. We had to reef, then reef again, and even so the gusts were blasting us over at nearly 40 degrees. The east wind is funnelled through the mountains here and it arrives in lumps that are erratic and full of crazy energy. It really is as if the mountains are throwing fistfuls of air at us. The contrast between the moments of calm and flurries of wind are exhilerating, and a bit scary.

The trees are responding here too. Docile one moment, when a gust comes they are dancing and hurling their leaves around with gusto. The birches have been golden for weeks, and the aspen stands are turning, one after another, great flames through the woods. Now the hazels are starting to turn as well. It won't be long before the leaves are all on the woodland floor and the year will be ended.

I await the first frost. That's the official start of winter here on the croft. It'll last until the first primrose, and it is always long, the longest season of the year.

Life will change. We're settled into the Great Hall in the woods. No more nights at the caravan at the shore or on the boat until springtime. A fire will be lit at dusk or earlier if it's overcast and no sunshine heats the shed we're in. We'll begin the game of trying to get up and walk up to the top of the hill to beat the sun getting up over the horizon. Our diet will change to porridge and parsnips and winter greens, dry beans soaked on the stove overnight. We'll sprout beansprouts to replace the salads from the garden. There will be long evenings for reading. Perhaps I'll get the knitting out.

The season's changing. That's good. I like hibernation. It reminds me of what the bears will be doing. We are animals. We should behave differently in winter.

One of my bugbears with modern society is how life is expected to be the same all year round. Children go to school for the same hours in the winter as in the summer. A 9-to-5 working day takes no account of the seasonal variations. Supermarkets carry almost identical food stock for 12 months of the year. I'm sure it's not good for us, physically or emotionally.

I exort everyone to vary their lifestyle to reflect the season, to move furniture around or somehow make a change to our environment, so we know we're in our winter den.
Posted by cybercrofter No comments: 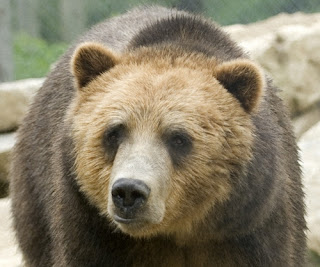 A goldcrest flitted into my writing turret while I was scribbling. It panicked, battered itself on the windows trying to find a way out, then hid behind the chest of drawers. After a while it fluttered around again, once more struggling to find an exit. Eventually it gave up and let me pick it up.

I held it in my hand. It weighed nothing at all. Apparantly a fat one might get to about 5 grammes.

I was humbled. It didn't struggle or scratch as I took it outside. Did it know I wished it no harm, only freedom? Or was it just semi-concussed?

It was still, utterly acquiescent as I carried it out into the cool air outside. It stumbled off my hand onto the decking and sat there, opening and closing its beak in silent speech. One leg was twisted under it and it was cobwebby from the corner of my shed. I was worried that I had hurt it, and crouched nearby, watching.

A breeze caught it and it was so light, little thing, that it lifted like a leaf. Then its wings trilled a beat and it landed itself back on the deck. Its leg was sorted out and it hopped a bit, closing its beak, looking as if it was coming to. Eventually it flew experimentally, successfully, into the nearest birch and sat clutching a twig, nodding as if satisfied that its adventure had reached a satisfactory conclusion. Then it fell to tapping and nibbling, hunting its usual prey.

Did it come into my writing room to show me how wonderful the world is? To remind me to stop, look and marvel? To tell me I am just one other animal in a forest of kindred animals?

tiny in my hand
- your trust is as huge
as the birch tree
Posted by cybercrofter No comments: