It has been an odd period recently. A funeral. An ancient ceremonial walk. A cave. A camp. Huge tides.

Last weekend we were at one of my favourite places: Kilbride, on Skye. We walked down to the stony shore where for a thousand years people gathered cobbles and pebbles to take up to An Ard Achadh (High Pasture). There is every imaginable kind of stone on that beach. I borrowed three: a round, grey skull-like pebble, another greenish and triangular, and a white, square piece of quartzite. I carried them up the stream, over the boggy watershed, wondering what it would have been like to have a whole creel of stones on my back.

At High Pasture I placed them in the spot we decided to use as a fireplace, and then we clambered down into the cave. It’s one of the most beautiful places I know. Pure magic: dark but dazzling, pristine yet mysterious. 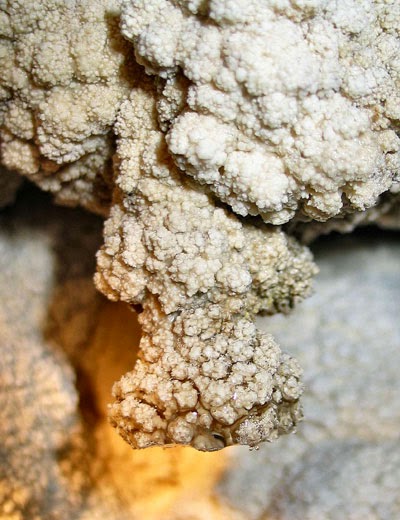 Back when the place was used for ceremonies, thousands of stones were heated in a fire and used to heat water, then, when they had cracked, tossed aside. The accumulated stones formed a huge burned mound. It is interesting that they used the stones from the beach, not the limestone found at that spot.

I imagine what was going on was a kind of ritual cleansing before the people went down into the cave. Perhaps bringing stones from one liminal place (the shore where sea meets land) helped to strengthen their ability to cross between our daylight world and the underworld of the cave, between life and whatever comes before it and whatever comes after.

I heard today of the death of Marjorie, my Godfather’s mother, at the amazing age of 106. A celebration is surely in order for such a life. But last week, we were at the funeral of Bill’s brother, and the week before, there was the funeral of a neighbour, who died tragically young.

It felt good to light a fire at High Pasture and to sleep there, with the music of the stream as it vanishes down into its subterranean channel. It seemed right to create a small ritual and to dwell on questions that have surely not changed at all in the intervening millennia, about how we all cross from being into non-being.

So, I am thinking a lot about the end of life and finding myself preparing to die. Not because I have any intention of doing so just at the moment, but because I feel so strongly that any day could be the last and I must live it to the full, treasuring every minute. I’m grabbing every marvellous opportunity for a thrill, like going down a cave or cruising out on the ocean, and I’m making time to listen to that special piece of music, choosing a really important book to read, making contact with the people I love.

Plus I’m trying to tidy up a bit, because I don’t want my loved ones to have to wade their way all through my filing cabinet in search of the papers that actually matter. Along with metaphysical wonderings, I have the very mundane realisation that I don’t want to leave an administrative mess behind me. So, before any further musings on the afterlife, it’s time to chuck out some more paperwork and get on with the accounts. Then watch out for the next adventure.
Posted by cybercrofter 1 comment:

When I was a creative writing student at Glasgow University, a decade ago, one of our most memorable workshops was with Janice Galloway. I remember her saying something along the following lines.

For writers who are afraid of death, the reverse is true: the first draft is a joyful outpouring as the story comes to life, but revision is awful, because there is always the risk that this living thing will be murdered by an injudicious cut, or disfigured by a badly executed edit. These writers normally let the whole thing splurge out onto the page then put off the revision process as long as possible and agonise over it.

I am the latter kind of writer. I wish I was the former. I have (slowly, it has to be said), gushed forth a first draft of the next novel and over the past few months I have been typing it up and getting closer and closer to the day when I will have to declare the drafting process complete. It will then be time to begin the agonising revision process. All the fun will be over.

Fortunately there is still research to do. In the process of typing, I have revealed gaps and cracks that need to be filled: the ingredients of a good poultice to ease an arthritic joint, for example. I need to learn some more ancient Greek (my character Pytheas spoke it, presumably, so I'd better know what he said at crucial moments). I know this is a marvellous way of procrastinating, but I have to do something to avoid taking the surgical scalpel to the foetal text...
Posted by cybercrofter No comments:

Our new boat is in the water now and we're enjoying life aboard. I dropped my favourite bucket overboard yesterday - a lovely blue rubber one, unbreakable, supposed to last me a lifetime. Being rubber, it sank. I hoped I might be able to get it at low tide, but there is 4 metres of water under us even at low water.

We have a depth sounder on this boat, and we have had long debates about whether to callibrate it to show depth from the bottom of the keel, or from the surface. It will be interesting to have an instrument for measuring how close we are to going aground, although I don't know whether I'll really trust it.

Up until now I've used a plumb line. I trust a lump of lead and a piece of string more than an electronic screen wired to a gadget somewhere I can't see it on the bottom of the boat.

People smile at me wryly when I advocate using the lead to measure depth. There is a culture of gadgetry in sailing that means many people have cast aside old-fashioned things. But some sailers nod knowingly - a bit of string and a lump of lead can't go wrong and need no electricity.

When Pytheas was at sea of course, there was no option but to plumb the depths. That's all the justification I need.
Posted by cybercrofter No comments: