I have four articles in the current issue of Bratach, one of which concerns the hullaballoo that has broken out in England concerning the proposals by the government to divest itself of the state forests. Having read the consultation document, which is here, and thought about the proposals within it, I conclude that folks in England could learn a lot from the Scottish experience of land reform. As most people who may be interested probably can't get hold of Bratach, here's the article, in a slightly fuller form than Bratach had space for. 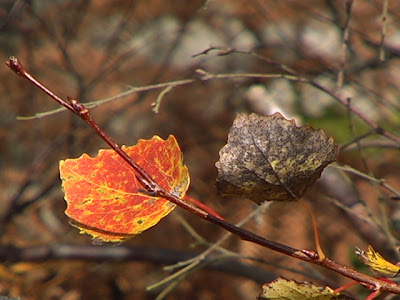 The UK government is planning to rid itself of the state forests in England and its consultation on the idea shows every sign that its plans are modelled on experiences from Scotland.

Campaigners in England have reacted with horror to the suggestion that ancient woodlands like the New Forest may be privatised. Hundreds of thousands of people have signed a petition raised by 38 Degrees, with the strapline ‘Save our forests - don't sell them off to the highest bidder’. A public letter signed by a hundred famous people, including the Poet Laureate Carol Ann Duffy, the Archbishop of Canterbury Rowan Williams, Judy Dench, Annie Lennox, Tony Juniper and Ranulph Fiennes, made front page headlines in the national newspapers, decrying the plan as ‘unconscionable’.

In fact the Forestry Commission’s consultation document does not propose a wholesale sell-off of all its English forests to the highest bidder. The method it outlines for shedding its forests has three parts.

Firstly, heritage forests, which are those with high levels of biodiversity or other social value, like the New Forest, are to be offered to charitable organisations for either full ownership or management arrangements, to secure their public benefits into the future. This could include existing bodies such as the Woodland Trust or National Trust, or new charities set up for the purpose of taking over woods.

Secondly, local communities will be given a first option to buy or lease any state forest that is put up for lease. This is similar to the current arrangement in Scotland under the National Forest Land Scheme. Communities in England will also be able to register an interest in any forest that is important to them and if that forest comes on the market they will have a first option to buy, rather like the Scottish Land Reform Act community right to buy.

Thirdly, commercial forestry operators will be invited to take long-term leases on productive forests, such as the huge Kielder forest in Northumberland, the largest in the country.

These three measures contain a mixture of threats and opportunities. The main threat is the third part. Although the privatisation of commercial forests would not transfer ownership titles to private companies, the leases are likely to be as long as 150 years, locking the land away for many generations.

A similar suggestion was made by the government in Scotland when Mike Russell was Environment Minister. His proposal was to transfer a quarter of Scotland’s forests to private companies on a 99 year lease, in order to generate revenue for climate change protection measures. The idea was met by huge opposition and in March 2009, the proposal was dropped. A similar outcry is now being heard in England.

Scottish land reform commentator Andy Wightman has responded by asking ‘Is the outcry focused on the right target?’ His view is that if people in England are really concerned to secure the future of ‘their’ forests, they need to be worried about the current situation of ownership by the government ministers and seek to transfer ownership to bodies that have more local and community accountability. The second measure in the proposal will enable this to happen.

However, experience in Scotland shows that unless a right in law for communities to take ownership (or to lease for long periods) is coupled with funding, nothing will change. While the Scottish Land Fund existed, a series of significant community land buyouts, like those in Assynt and on the Hebrides, were possible.

When the National Forest Land Scheme began, several communities, such as Mull and Kilfinnan in Argyll, bought forests to pursue important housing and rural development projects, thanks to available funding. However, since the Heritage Lottery decided not to make any grants towards the purchase of state land, the National Forest Land Scheme has ground to a halt, and now a number of communities who have been granted permission to buy state land have failed to do so because of lack of money. The closest of these to us is Embo, in East Sutherland. The community had ambitious plans to buy the Fourpenny Plantation in order to reverse the clearances there and create woodland crofts for local people to live on. Their application for the land was approved by the Forestry Commission in July 2009, but when the Lottery turned down the grant application for £370,000, the purchase was scuppered.

Community and environmental campaigners in England should learn from Scottish experience of what works, and what blocks progress, in responding to the government’s proposals.