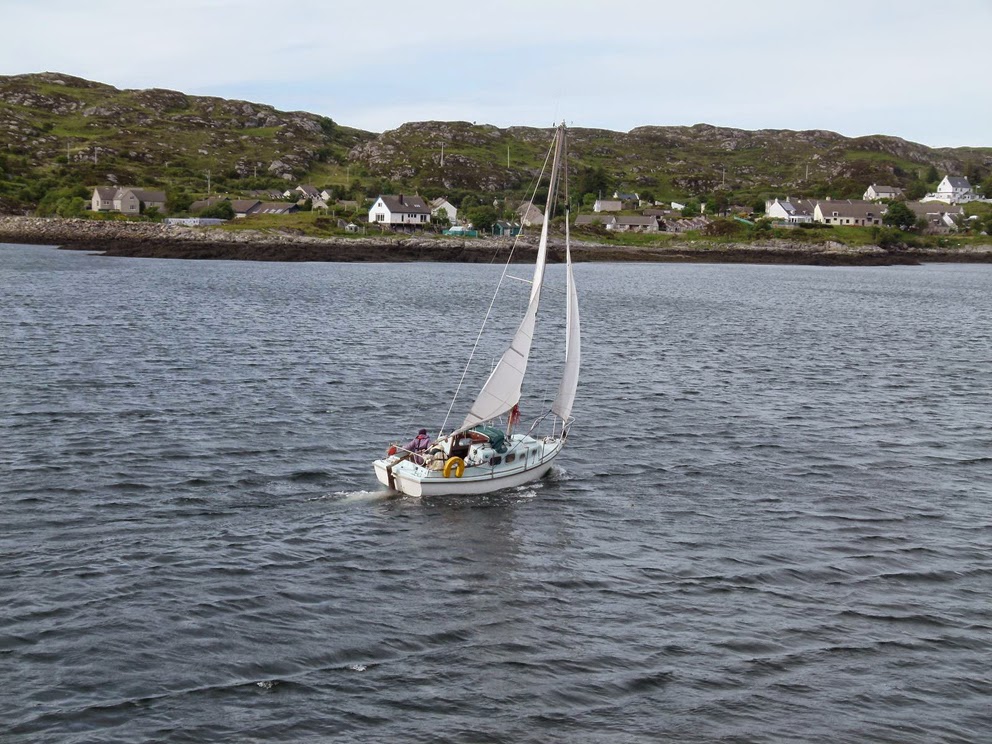 This has been the summer I really learned to sail. We bought Happy Daze, a 23 foot Halcyon yacht, in April and worked like crazy to get her in the water as soon as we could, which turned out to be early May. Since then we've sailed her every chance we have had, averaging a few times a week, and we've gradually taken her further and further afield as our confidence has grown.

We have been out in dead calm weather and in winds that were as strong as we'd like to experience on a boat of this size. We've sailed in sunshine, rain and fog. We have made loads of mistakes, and learned from them. We've also had huge fun and magical encounters with dolphins, porpoises and all the resident birds. We've enjoyed a dozen wonderful nights at anchor in secluded lochs. We are well and truly hooked.

The season's nearly over. It's the time of year when gales come in gangs, the weather is as unpredictable as a riot and changes faster than you can say 'safe anchorage'.  But hopefully we'll get a few more sails in before we have to take the boat out of the water and lower the mast for the winter.

Already, we're starting to make plans for next year, and dreaming of what we might get up to. My ambition is to sail to Iceland. That won't happen next year, but hopefully we will sail to as many of Scotland's islands as we can in the season. I'm wondering how much I could work from the boat with the help of wifi, or even satellite broadband...

We're also realising that Happy Daze is not a big enough boat to achieve all we want, and so we're starting to think about upgrading to something bigger. Not huge - we crewed on a 40 foot yacht earlier this summer and that's definitely too big for the two of us to handle. But we are looking at yachts a step up from 23 foot.

Which means that Happy Daze is looking for a new owner. If there is someone out there on the west coast who wants the perfect boat for learning to sail, please tell them to get in touch.