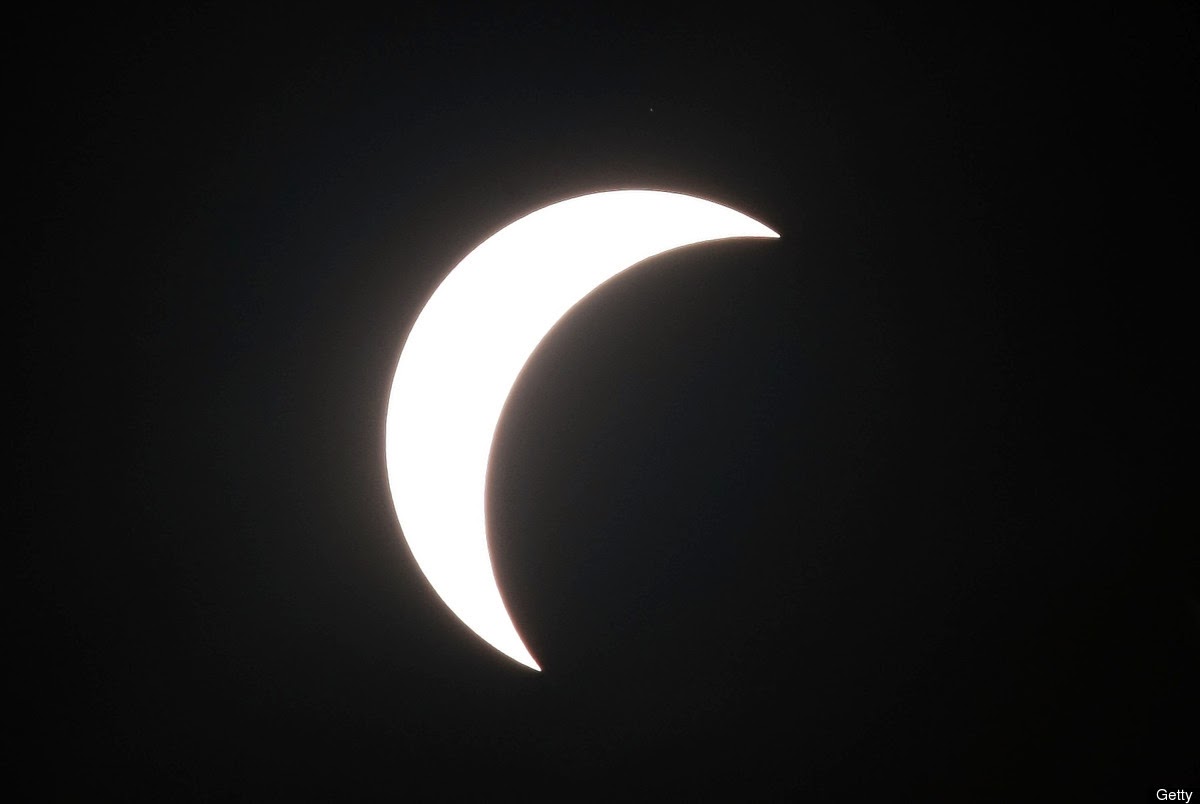 Archilochos, ancient Greek poet, said of the solar eclipse: 'Nothing there is beyond hope, nothing that can be sworn impossible, nothing wonderful, since Zeus, father of the Olympians, made night from mid-day, hiding the light of the shining Sun, and sore fear came upon men.'

The Greek scientist, Thales of Miletus, is known to have made accurate predictions of solar eclipses in the sixth century BC (see here). Given Pytheas' interests in astronomy and his measurements of sun declinations, I imagine it is plausible that he had the tools and know-how to make these predictions himself, or at the very least he would have mixed in circles with others who could.

I wonder whether the Iron Age people who Pytheas met in this region knew sufficient about the movements of the earth, sun and moon to be able to predict a solar eclipse? And would being able to predict it make it any the less mysterious and awe-inspiring?

This morning, it was cloudy enough to make looking at the sun possible, but not so cloudy that you couldn't clearly see the moon covering the bright disc - first to a C-shaped crescent, then just a tiny smile in the sky, and then as the sun slipped westwards, a right-handed crescent. Even knowing exactly what is happening, the gloom is weird. What made it particularly eerie to me was the way the robin stopped singing, and the thrush, and after a morning with the woods full of birdsong, all that was left were a few timid cheeps from tits, the sound they make on a dark winter's morning.

I walked into the woods and met three hinds. Two of the deer padded away but the third remained, standing, as I walked up to her. She looked at me in a bemused way, as if to say, 'What's going on? What is this mysterious darkness? Why has it all gone quiet?' I got so close I could almost reach out and touch her. The normal patterns of nature were set aside for a while. The big dials in the sky tuned in to something wonderful. When the moon covers the sun, surely the only appropriate feeling is awe.

When Thales predicted the eclipse of 585 BC, it was said to bring a five-year war between Lydia and Media to an end. If only the alignment of planetary bodies today were enough for people in conflict to put down their weapons.
Posted by cybercrofter