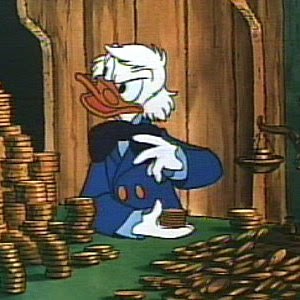 Have human beings always been greedy? Was there ever a time when, like most normal animals, we consumed just as much as we need without trying to hoard ever more stuff and fill our lives with things surplus to our requirements?

Back in the iron age, most people had much less opportunity to indulge their greedy urges, and yet there are plenty of signs that even back then, the deadly sin was at work. People had begun to treat objects as commodities and no doubt some were accumulating more of them than others. Ancient trade in material objects has left traces showing that amber from the Baltic found its way to the Atlantic coast, tin was moving from the mines in Cornwall all around Europe and even walrus ivory from the arctic ended up in Mediterranean ports.

In my present day life I'm interested in excessive consumption, and how we can try to persuade people to do less of it, because the disproportionate use of resources by the wealthiest 20% of us is causing the vast bulk of the negative social and environmental impacts that threaten life as we know it on this planet. I'm in the process, along with a few colleagues, of setting up a new organisation, likely to be called LESS, to promote resource efficiency and using less stuff.

Greed is also a core theme in the novel I'm currently writing. I'm intrigued by how looking at it through an iron age lens might help to crystalise how over-consumption might have got started. By exploring a time when most people had much less stuff than now, can we understand how greed works?

At its heart, trade in commodities relies on their interchangability. I can swap a bundle of one kind of stuff (wood, say) for a handful of some other kind of stuff (silver, perhaps). Somehow, the value of the former is deemed to be equivalent to the latter, for both people involved in the exchange. The person who gets the silver can then go on to exchange it for something else. That's how money works. But this is a peculiarly narrow kind of 'value'.

Many of the objects we value most are special to us because we know their makers. I'm thinking of the cushion cover made by Maggie, Fergus's pots, the glass painted by Dorell. Alternatively they are gifted to us by a loved one - the teddies given to me by my grandparents, the pen which was a gift from my Dad, the amber bear from Bill. Their value means that they are simply not interchangeable with anything else. They are unique. They are, to use a powerful word, sacred.

Anything, potentially, can have that sacred value. We know a lot of early trade took the form of ritual exchanges that probably involved honouring this characteristic of the objects being swapped.

To make something into a tradable commodity requires its sacred nature to be obliterated. Silver coins are not valuable because of the person who made them; they are reduced to their depersonalised, secular value.

Anything can lose its sacred value, even people. It is interesting to note that as trade began to flourish along the Atlantic seaboard, one of the tradeable commodities that it included was slaves. If you can trade a person, you can trade anything, and truly value nothing.
Posted by cybercrofter